For more information on our ongoing response to COVID-19 in Gainesville, Jacksonville and Central Florida, visit our coronavirus website. END_OF_DOCUMENT_TOKEN_TO_BE_REPLACED

Role Reversal: From Nurse to Patient

Donna Pinckney worked as an oncology nurse in Daytona Beach for nearly two years when her role as a clinician was quickly reversed. On Dec. 28, 2020, Pinckney was diagnosed with ductal carcinoma in situ, or DCIS. Commonly known as one of the earliest forms of breast cancer, abnormal cells were found inside her breast ducts. A pathology exam revealed that a portion of the cancer had spread to nearby tissue.

Nearly 20 years prior, Pinckney found out she had atypical ductal hyperplasia in her breast tissue, a precursor to DCIS. With this diagnosis, she knew that she had a 1-in-3 chance of being diagnosed with breast cancer during her lifetime.

As a nurse who works with cancer patients, Pinckney was initially concerned that she knew too much to worry herself sick about her diagnosis. The day after learning her results, Pinckney spoke with a breast cancer navigator at an oncology center. Pinckney shared that navigators explain to patients what their next steps should be and guide them through the entire process. She was very thankful for having such a strong support system. 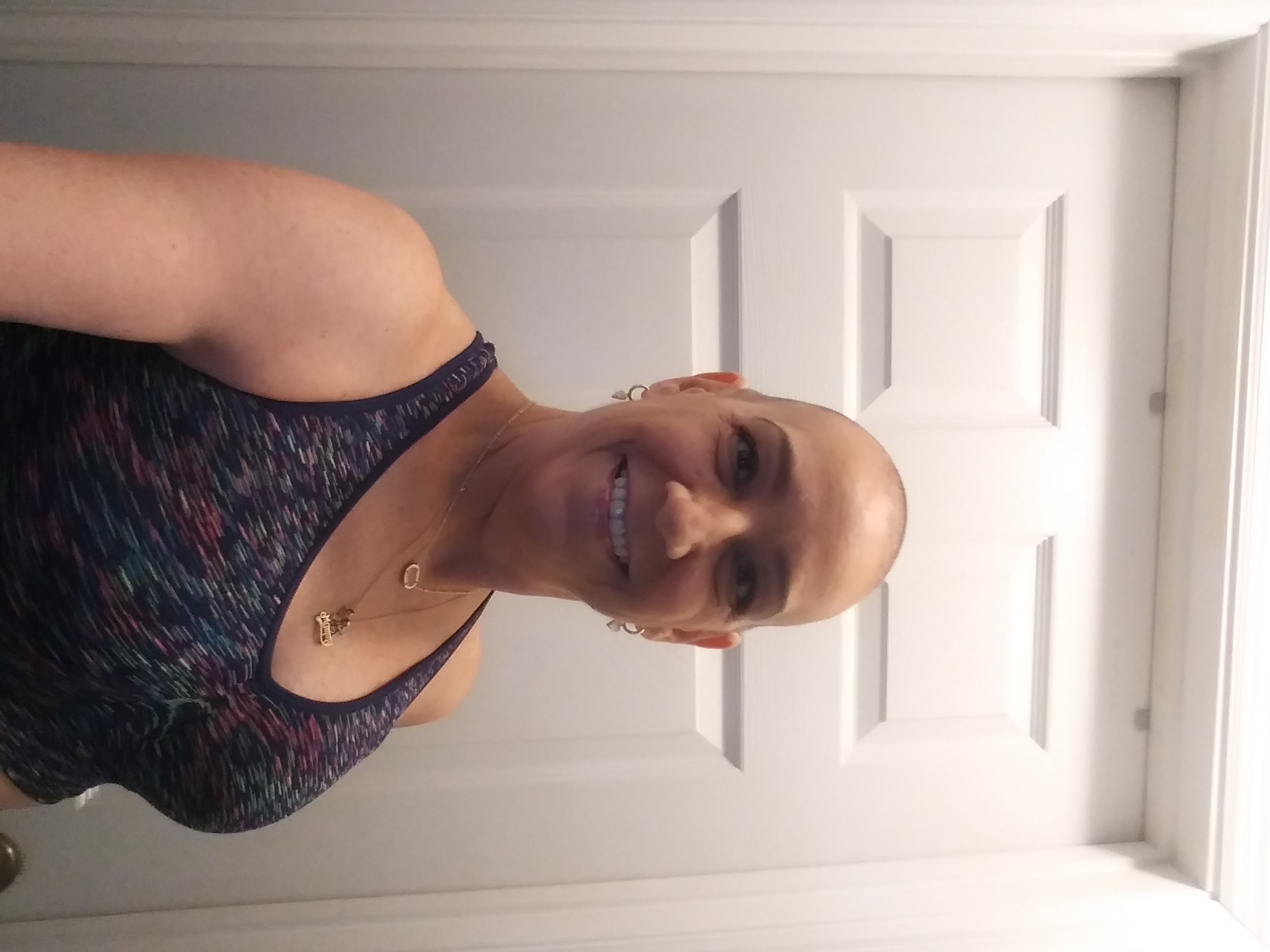 Patients with DCIS can have a lumpectomy or a double mastectomy with or without reconstruction, Pinckney explained. But she did not have a lump and, therefore, a lumpectomy was out of the question. Instead, the cancer was found in a cluster of tiny deposits in her tissues. She knew she wanted to do a double mastectomy, or removal of both breasts, with a reconstruction.

“I have ducts in both breasts,” Pinckney said. “I don’t want to repeat this process five or 10 years down the road.”

After her mastectomy, Pinckney was sent for reconstruction to Noah Prince, M.D., a board-certified plastic surgeon at UF Health Plastic Surgery and Aesthetics at Halifax Health. Pinckney’s decision to see Prince was immediate because of her connection to the University of Florida.

“I’m a Gator alumni, my brother and sister are Gator alumni, and my youngest daughter just got accepted into UF,” Pinckney said. “We are a Gator family.”

At her first appointment with Prince, he asked her about her biggest fear with reconstruction. Her response: post-operation pain. Pinckney felt at peace after Prince explained the pain process and suggested medications.

“Right before I saw him, and didn’t know what the plan was, I was anxious about everything,” she said. “I walked out feeling very relieved and calm after talking to him. In that moment, I knew that I could do this.”

Not only would Pinckney receive reconstruction, but she would also become the first breast reconstruction patient at UF Health | Halifax Health.

“It was a first for both of us, but I wasn’t worried about any of it,” Pinckney shared.

On Jan. 26, Pinckney had her first surgery where Prince placed tissue expanders between her pectoral muscles and chest wall. Because the skin has a tenuous blood supply after a mastectomy, it needs time to heal before it is stretched to configure a new shape. It also needs time to drain any excess fluids, and form a pocket that will eventually hold her implant.  Now, at each weekly follow-up appointment, the area is filled with saline little by little, as her reconstructed breasts begin to take shape.

But even though the reconstruction was off to a promising start, Pinckney’s fight was not over. After her hormone tests came back HER2-positive, she also required 12 weeks of chemotherapy. Pinckney is currently undergoing chemo and will not be able to have her reconstruction completed until she is finished with her treatment. Pinckney is hopeful to undergo surgery by the end of July.

Pinckney expressed that Prince has exuded empathy and expertise throughout the process.

“He is a credit to The Gator Nation most definitely,” Pinckney said.

Jenna Lance is a third-year public relations major, minoring in communication studies at the University of Florida. She is extremely excited to learn and grow through this opportunity as a... END_OF_DOCUMENT_TOKEN_TO_BE_REPLACED