For more information on our ongoing response to COVID-19 in Gainesville, Jacksonville and Central Florida, visit our coronavirus website. END_OF_DOCUMENT_TOKEN_TO_BE_REPLACED

A Devastating Diagnosis with a Miraculous Recovery

The following events occurred between March 2017 and June 2018.

Growing up, Kathy Karam, of Ocala, never intended to become a nurse. But when her husband, Rich, developed a sudden illness, she became his caregiver without hesitation.

On March 3, 2017, Rich played a game of softball, ate lunch and, abruptly, experienced stomach pain. Moments later, Kathy found him lying on the floor and rushed him to a nearby emergency room. After a series of tests, doctors believed that Rich suffered from gastritis, better known as inflammation of the stomach lining, or peptic ulcer disease, better known as stomach ulcers. And while both gastritis and peptic ulcer disease are not lethal and are easy to treat, something more ominous was looming.

Their recommendation?  Bed rest and a call to his gastroenterologist the following week.

Upon examining him, Rich’s gastroenterologist ordered a battery of tests for completion by the end of the day. Before Rich and Kathy could call the following day for the results, Rich’s physician called them. 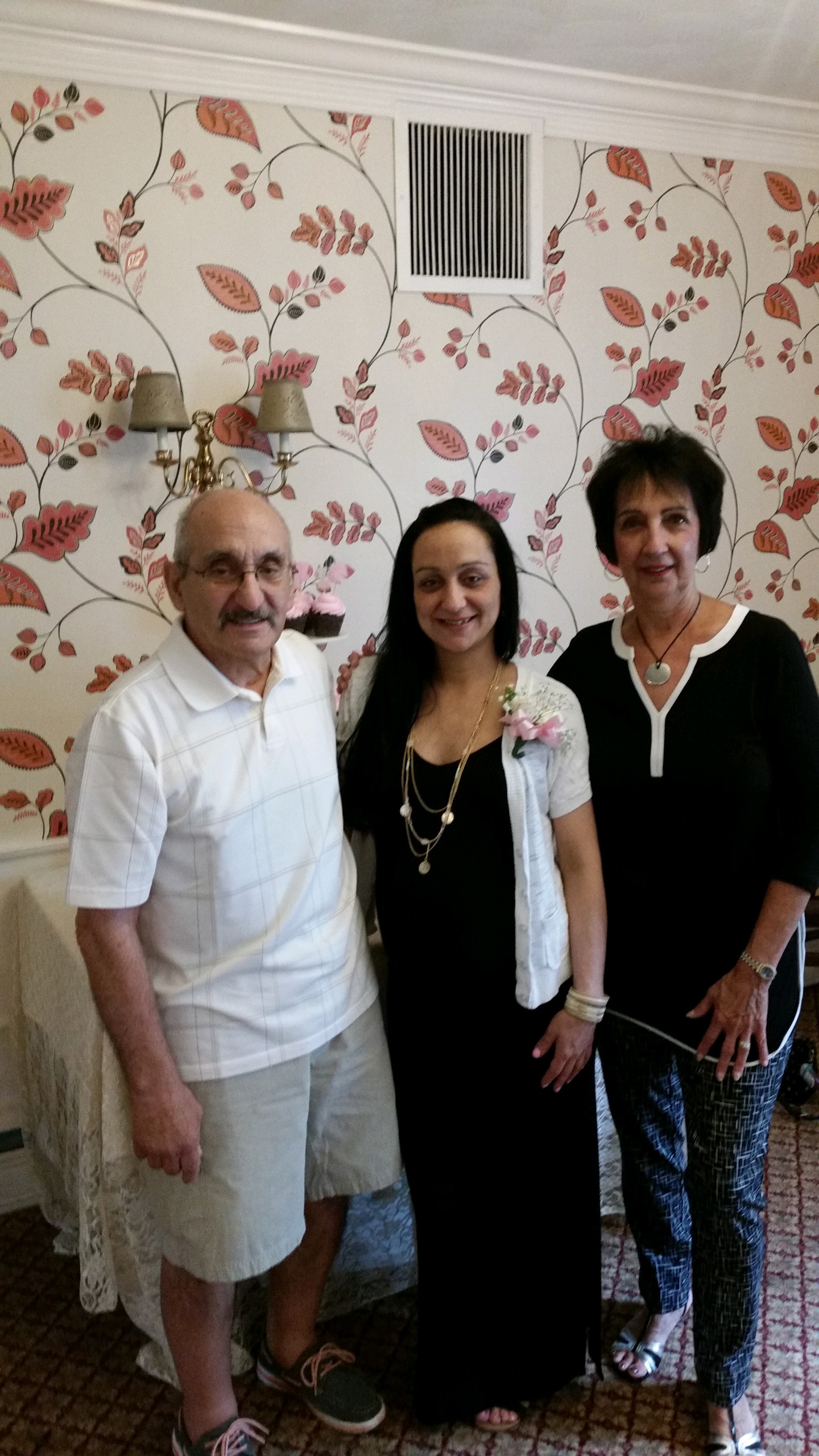 “He said, ‘Get him to the hospital immediately. They’re waiting for him. He has dissection of the superior mesentery artery,’” Kathy said.

Dissection of the superior mesentery artery, or SMA, prevents blood from traveling to the bowels, which can result in dead and dysfunctional bowels. The results can be catastrophic.

When Rich arrived at the hospital, doctors placed a stent in the SMA to restore blood flow to his bowels and gave him heparin, a blood thinner, to prevent blood clots.

Despite the procedure, Rich’s stomach pain persisted. Five days later, upon a second examination, physicians told Rich and Kathy the stent had failed.  It had occluded, meaning that it clotted and flow was once again limited to the small bowel.

Hopes fading, and at their wits’ end, Rich and Kathy were referred to UF Health Shands Hospital in Gainesville.

“They said, ‘We’re going to have to get the team together because we don’t know if we’re going to be able to save his life,’” Kathy said.

Thomas Huber, M.D., Ph.D., the chief of vascular surgery and endovascular therapy at the UF College of Medicine, performed Rich’s first bypass surgery to restore flow to his small bowel from the aorta to the SMA. Once again, Rich was prescribed heparin, only for doctors to learn that he was allergic to the drug. Instead of thinning Rich’s blood, the drug did the opposite and contributed to blood clotting — a very rare allergic reaction known as heparin-Induced thrombocytopenia. Rich’s bowels continued to be deprived of oxygen-rich blood flow, resulting in dead intestine.

Then, another hurdle emerged: sepsis.

“My son was here, we called the girls and we said, ‘You gotta come down, we’ve got to decide what we’re going to do because they don’t know if dad’s going to make it or not,’” Kathy recalled. “They came down and we thought about letting him go, but the doctor took us in an office and said, ‘This is a treatable disease, but it’s going to be a long road.’”

A second bypass was performed by UF Health acute care surgeons Frederick Moore, M.D., FACS, MCCM, and Martin Rosenthal, M.D., FACS, director of the UF Health Abdominal Wall Reconstruction and Intestinal Rehab Program, along with a team of clinicians. After an arduous and complex procedure, Rich’s incision was kept open because closing the abdominal wall was fraught with danger.

Kathy said, “They (the physicians) explained everything to us. The bowels were like a hard ball and they couldn’t separate them (referred to viscera en bloc). Every time they tried to, the bowels would shred, so they had to leave him open.”

Unable to eat or go to the restroom, Rich was connected to a number of tubes for medication and bile collection to refeed downstream in his distal GI tract. Rich recovered in the intensive care unit for just over seven weeks.

As Rich healed, doctors performed a skin graft to cover his open wound by taking skin from Rich’s upper thigh and stretching it to cover the opening after meshing it to minimize tissue loss from his leg. Doctors also placed Rich on total parenteral nutrition, or TPN, which feeds nutrients to the body intravenously.

Later, Rich was sent to rehabilitation closer to home in The Villages® for five weeks. 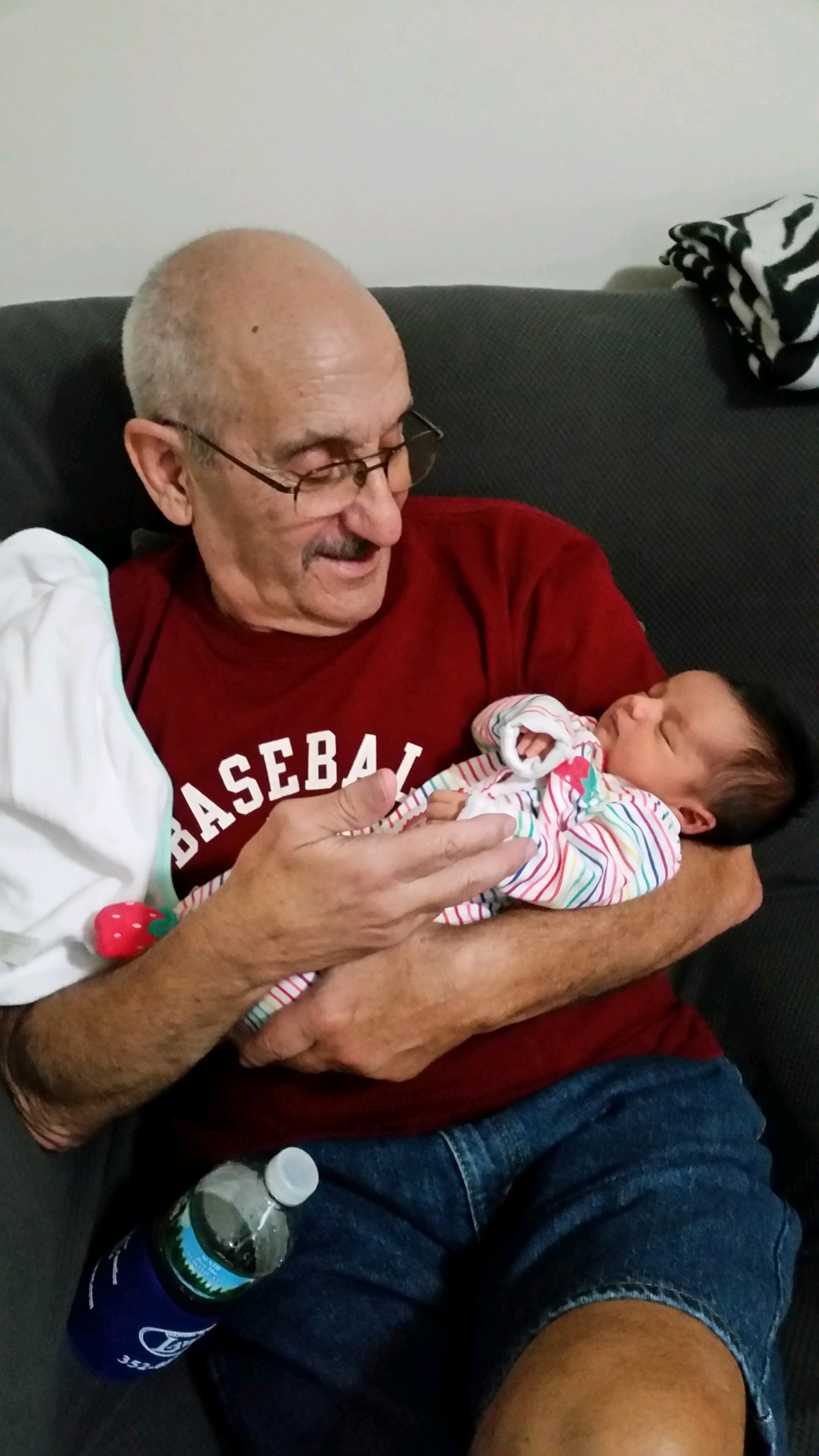 Like many people who have survived a serious medical condition, Rich required at-home care — which can be daunting, and comes with its own learning curve. Kathy learned how to take care of her husband’s wounds and administer his many medications.

On top of many caregiver tasks, Kathy learned how to change Rich’s fistula bag, a pouch used to collect bile.

Over the course of many months in recovery, Rich experienced infection and inflammation of his heart, known as endocarditis, which required two type of antibiotics.

Rich and Kathy made another trip to Gainesville when doctors discovered that Rich had a perforated gallbladder. He was readmitted to the hospital, and his care team discovered he had low blood pressure.Then, another roadblock appeared.

“The hardest part was not knowing from one day to the next was what it was going to be like,” Kathy said. “I never knew what I was going to deal with.”While Rosenthal and his team worked to regulate Rich’s blood pressure, Kathy allowed herself to cry in the hallway. The recurrent health problems and uncertainty were taking their toll.

Once Rich recovered after the previous series of surgeries and infections, Rosenthal discussed the next integral step in Rich’s long-term health: abdominal reconstruction.

On Feb. 15, 2018, they celebrated two special occasions: Kathy’s birthday and Rich’s abdominal wall reconstruction. Rosenthal and his team were able to take Rich’s fistulas down and break up the extensive scar tissue in his abdomen. Then, in a second operation, doctors reconstructed Rich’s large loss of large hernia through a complex surgery. In addition, Rosenthal removed Rich’s gallbladder. It was a day to rejoice as Rich had all of his skin graft and tubes removed. Then, in June 2018, Rich was taken off TPN, becoming free of pumps and lines, and was able to begin eating solid foods.

Although they’re glad to no longer be in an out of doctor’s offices — Kathy and Rich were able to spend only a few weeks at a time at home during Rich’s medical journey — they’re grateful for the support they received from their health care team.

“The teams up here at UF Health Shands not only treat the patient, they treat the whole family,” Kathy said.

In 2019, Kathy and Rich celebrated their 50th wedding anniversary — hospital-free.

“I just went along for the ride,” Rich said, reflecting on everything they had been through. “She was my rock.”